Raising a BSC Change as a BSC Party 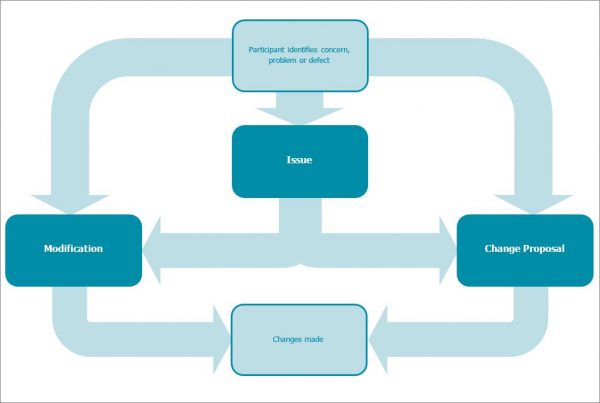 How it relates to you

The BSC Change process is used to introduce changes to the BSC arrangements in response to any concerns, problems or defects that Parties and non-Parties (under BSC Panel Designation) may identify in the current arrangements. Changes can be made to the BSC (the Code), Code Subsidiary Documents (CSDs) and to BSC Systems.

If you are a non-BSC Party you will need to use the designation process to raise a proposal to modify the BSC (a Modification Proposal).

If you are a BSC Party you can raise the following types of change:

These are raised to introduce changes that would alter any part of the BSC legal text. Any CSDs or BSC Systems impacted by the proposed changes would also be updated as part of the Modification.

These are detailed proposals which are raised to amend CSDs and/or BSC Systems, but would not alter the BSC legal text itself.

These are problems or potential issues with the current arrangements whereby the solution is unknown or undefined, so once raised will be discussed by an industry expert Issue Group to consider possible solutions

Once you are ready to draft or raise your change you will need to submit the relevant form.

We are here to support and guide you through the BSC change process. If you would like to amend the BSC, please contact the BSC Change team by emailing ([email protected]).