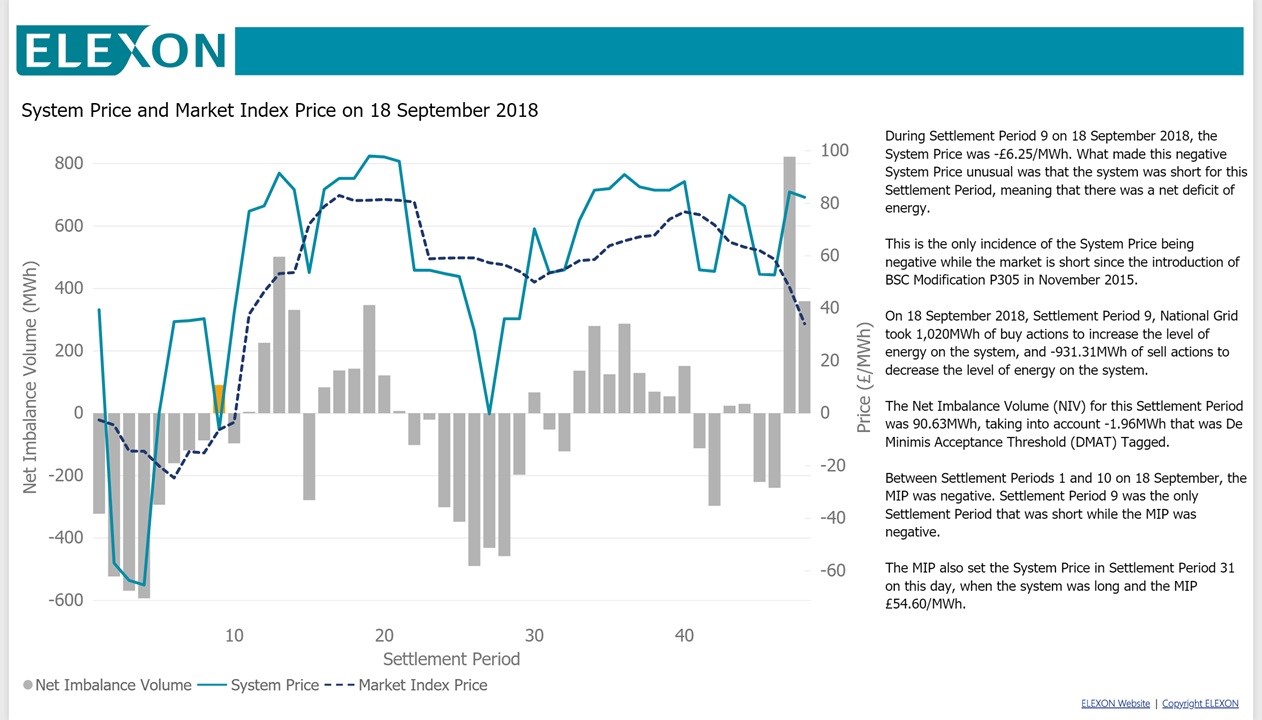 This is the only incidence of the System Price being negative while the market is short since the introduction of BSC Modification P305 in November 2015.

The Net Imbalance Volume (NIV) for this Settlement Period was 90.63MWh, taking into account -1.96MWh that was De Minimis Acceptance Threshold (DMAT) Tagged.

All of the actions taken to increase the level of energy on the system were System Operator (SO) Flagged, which meant that there were no unflagged actions remaining after NIV Tagging. The Replacement Price, and consequently the System Price, was set by the Market Index Price (MIP).

The MIP also set the System Price in Settlement Period 31 on this day, when the system was long and the MIP £54.60/MWh.