Thomas Demetriades looks at how the temperature influences the System Price. When we feel more extreme temperatures (temperatures greater than 25°C or lower than 5°C) the system is Short in 66% of Settlement Periods.

Temperatures and Prices in July

July 2018 was a particularly warm month, with the average GB noon temperature being 22°C. Elexon source the GB average noon temperature, used for setting profile coefficients, from the Met Office.

Graph 1: A comparison between System Price and temperature in July 2018 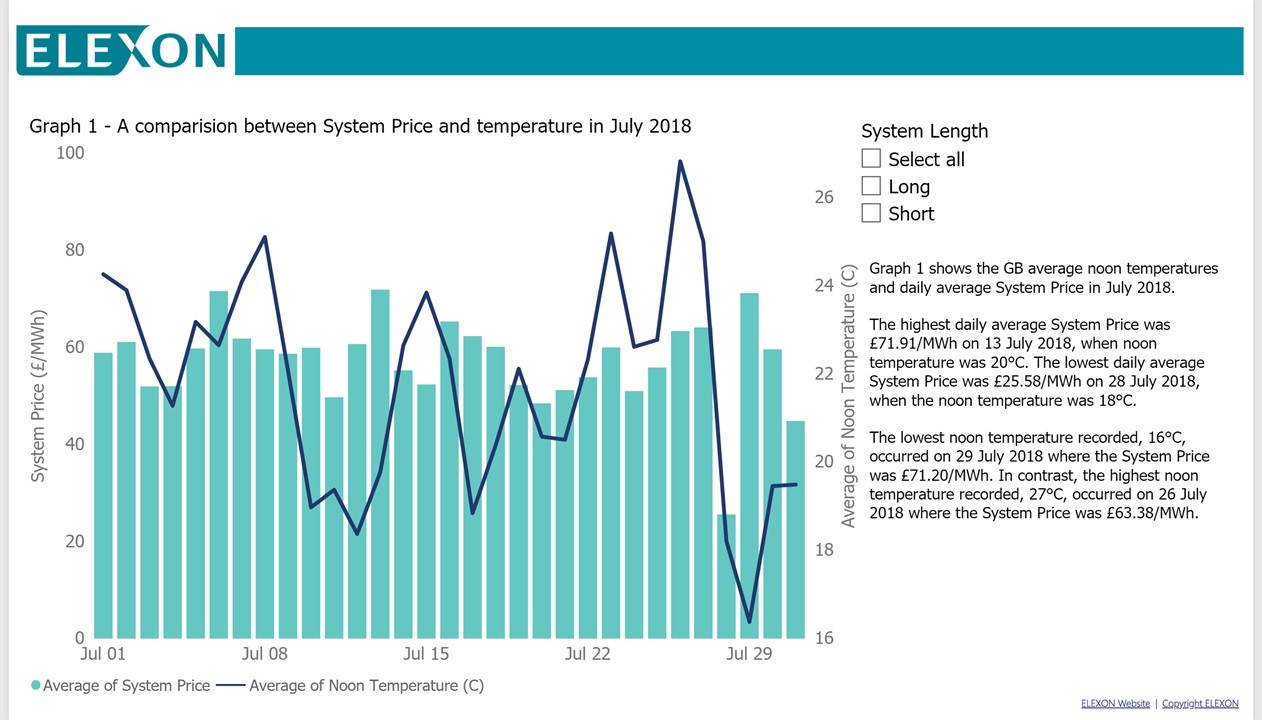 Graph 2: Average System Price and average temperature in July since 2016 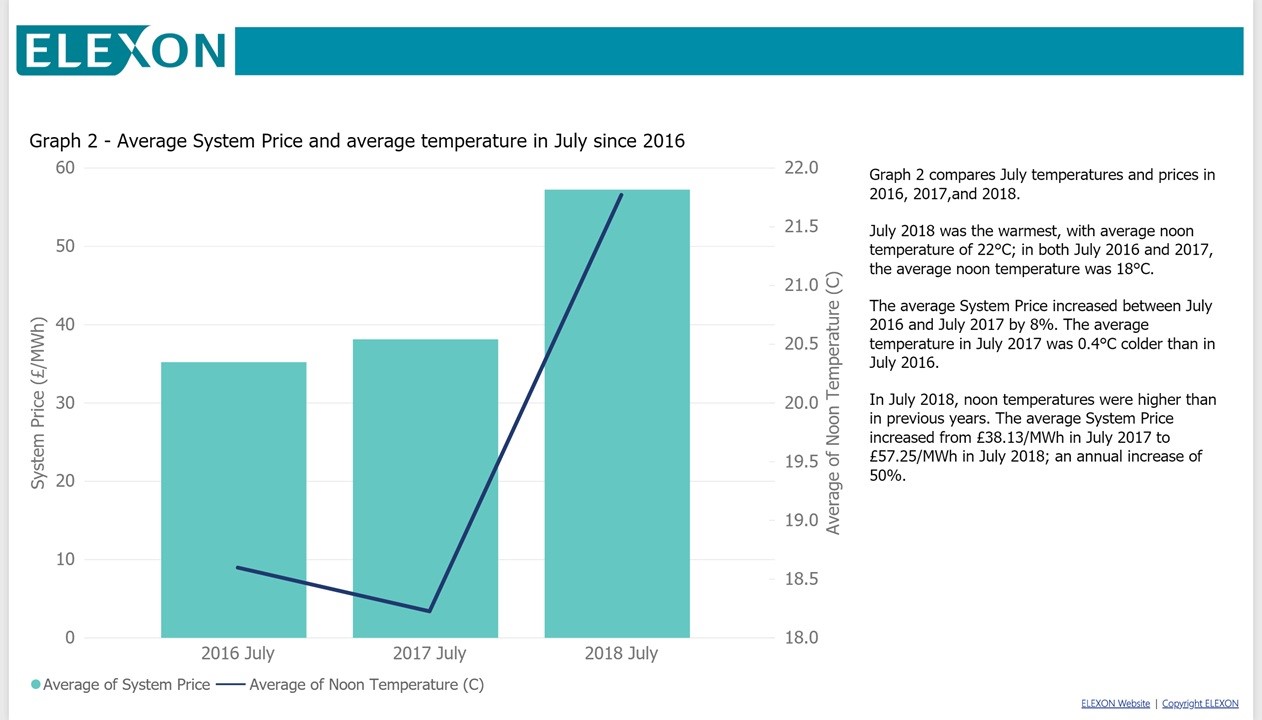 Temperatures and prices since January 2016

Graph 3 shows the system price and system length across different temperature bands, for all Settlement Periods since the start of 2016.

Graph 4: Maximum and minimum System Prices and temperatures since 2016

Graph 4 shows the maximum and minimum System Prices and noon temperatures, between January 2016 and July 2018. 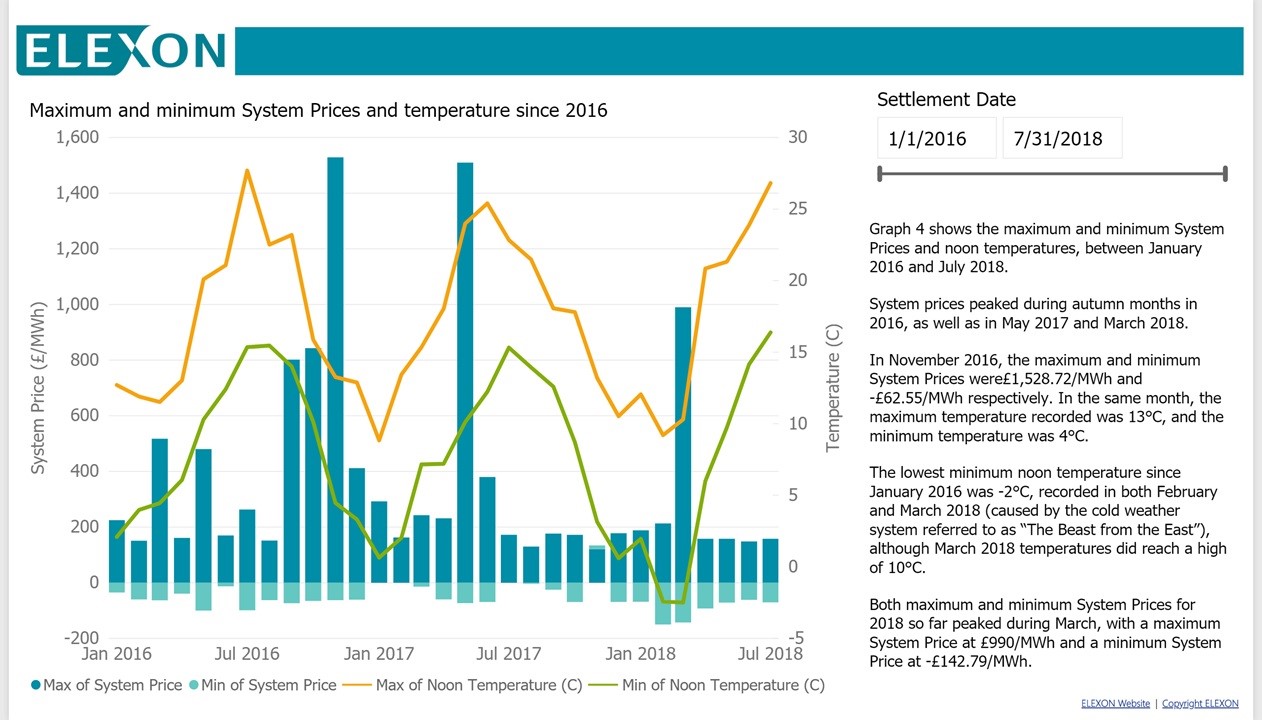 As temperatures started to fall in September 2016, the maximum System Prices started to increase and kept rising up until November 2016, after which they fell to £411.91/MWh in December 2016.

The lowest minimum noon temperature since January 2016 was -2°C, recorded in both February and March 2018 (caused by the cold weather system referred to as “The Beast from the East”), although March 2018 temperatures did reach a high of 10°C.

Thomas Demetriades has now left Elexon. This article by Thomas was written when he was working within our Market Analysis Team.

This insight article was produced by an Elexon subject expert as part of the System Prices Analysis Report.