These high Imbalance Prices were set by accepted Offers from one Gas Balancing Mechanism Unit (BMU) and one Coal BMU. Price setting Offers ranged between £1,195/MWh and £1,750/MWh. National Grid accepted these Offers to balance a deficit of energy. A reduction in Wind and Solar generation combined with a planned outage on the 1,000MW interconnector linking Great Britain with the Netherlands reduced the volume of energy available for this day. 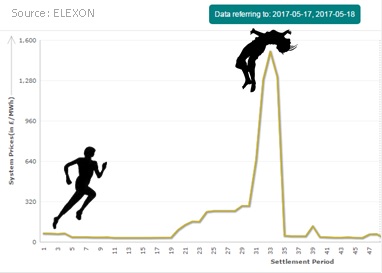 If the Imbalance Price was an Olympic high jumper, this change would be the equivalent of the invention of the Fosbury Flop. 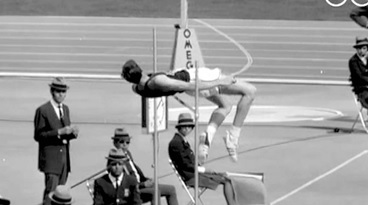 The Fosbury Flop was a high jump technique used for the first time in 1968 by Dick Fosbury to win him the gold medal. This technique allowed him and other high jumpers to jump higher in Olympic competitions than was previously possible under the Straddle, Western roll or scissors techniques.

While the calculation technique is one important factor there are other factors that determine the Imbalance Price. We can compare the prices and volumes of Bids and Offers that go into the Imbalance Price calculation with the nutritional values of the food that the athlete eats. The athlete’s performance reflects the ‘fuel’ they’ve given their body.